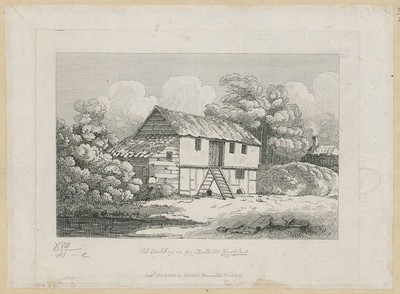 It all started with finding a webring. I hadnt seen one since the mid 90’s and the accidental stumbling upon one was almost magical. If you’ve never had the pleasure, a web ring was this piece of tech that was largely social. It was a way of finding genres of websites you were interested in and daisy chaining between them. Largely this was before google owned search and the ’little’ guys like alta vista were king. In anycase since the advent of google pwn of online search ive seen fewer and fewer webrings when organically surfing around the internet.

Turns out, that web ring was also a movement that had started as far back as 2014, so being the hipster that I am I started digging into movement. Stumbling across concepts like POSSE and digital gardens I became enthralled and a little jealous. Its been years since ive worked on my own brand, or my own digital vision. So seeing that a movement had sprung up that fosters that sort of growth was really something.

Ive been posting poetry and creative writing under a shell name now for over a year. Its been a way to relax when writing and not worry so much about writing under, well, my name. Since ‘my name’, is associated to being a cto for a startup. Associated with friends and family. I dont know, its just a really freeing experience to not worry about the people who can associated you with your writing.

Im guessing that most people can understand that. Its what used to make travel so appealing. Nothing better than rolling into a new pub and grabbing a drink with people who don’t know your name. Its an experience in self building.

But the downside, I now have over a year of work under a shell name. I won’t be able to move those over to this account without someone figuring that out. But, who knows, maybe there are enough people in the world now that one person writing poetry isnt a big deal. Maybe its just some latent elementary angst.

To that end, im going to be trying to incorporate more of the concepts ive been reading about from indieweb then writing about those implementations here.